Mashboard began out of my necessity to organize the growing amount of freelance work I was taking on. As a designer (“visualizer”), it seemed natural to open everything in different tabs and switch between them to get a different view of my work information. It was fine until the number of services I was using made it impossible to track everything. I knew other people must be experiencing the same problem, so I started brainstorming ideas for a more elegant solution.

Michael Trafton, an Austin-based entrepreneur and mentor at the Capital Factory, was the first person outside of the company that I told about my idea to combine different sources for a custom view into my personal data. He thought the idea and the name were both quite good, but was immediately skeptical of another “dashboard” in his life. His first question was “Aren’t dashboards dead?” to which I had no good answer. I was an avid user of My Yahoo! back in the day, but it had been years since I had logged in. The same goes for iGoogle, netvibes, etc. But why? I thought to myself…

“Was the dashboard really dead?”

God, I hope not. But I knew Google would give me the answers…

One of the first results was this article about BI (Business Intelligence) Dashboards, which brought some hope and clarification to the problem. These charts (Figure 34 and Figure 21), which are mentioned in the article, are from the 2012 Wisdom of Crowds Business Intelligence Market Study and offer some hope for dashboards as a BI solution. And with the recent success of companies like Domo & Geckoboard, I had no doubt that a BI dashboard could be successful.

But the idea for Mashboard wasn’t just about offering business intelligence, it was about taking ALL of your data and displaying only the relevant results, whether that be business or personal. Since a dashboard like this has never been built before, I had to look elsewhere for proof that it could succeed. I started with the business that inspired me the most, IFTTT. To say that they have been successful would be an understatement, as they just raised $30M with a valuation of over $200M, with only 4 years under their belt since launch. IFTTT brings your cloud services together, but only so you can create rules to automate your life. It is both brilliant and elegant, which is what I strive for Mashboard to be.

The next company that I believe is similar to us in both theory and execution is the biggest superstar in tech right now, Slack. With a staggering $2.8 billion valuation recently, Slack has revolutionized how we communicate at work. But more importantly, it integrates all of your cloud services into your team’s chat, so you can easily embed all of your relevant information. Their freemium model & simple onboarding process are other features we have in common, which is what many believe is responsible for their unprecedented growth, relative to similar services like HipChat and Flowdock.

Clearly there is a huge demand for products that integrate your cloud services into one place. Combine that with the fact that dashboard apps, like Domo, are continuing to succeed and I think Mashboard makes total sense. The challenge will be communicating the problem we’re trying to solve: there are too many silos of information that hinder your productivity. The problem exists at a more personal level and BI dashboards just aren’t addressing it. They’re more concerned with providing decision makers and executives with summarized information, but the day to day information worker needs all of their data easily accessible. Dashboards are a proven method for handling this kind of problem.

So to definitively answer the question “Are dashboards dead?”, I would have to say “Hell no.” 🙂 But more importantly, we were able to prove that Mashboard is a valid idea that solves a valid problem using a valid method.

So get ready everyone, Mashboard is coming to save your productivity! 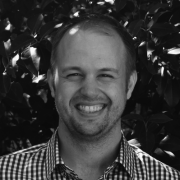 CXO of Mashboard & Co-Founder of DeviantArt

This entry has 1 replies