I worked as a Client Success Director at Bazaarvoice earlier in my career.  When I started there, they were maturing from a startup and had about 300 employees.  Just a few years later as I was stepping out, it had grown to almost 1,000 employees.  The growth rate was astonishing.  What began as Brett Hurt and Brant Barton trying to carve out a new market in 2005, grew into a complex public company in less than 7 years.  It remains one of Austin’s biggest success stories.

However, a company that grows that quickly is bound to become unwieldy to navigate.  Processes are developed one day and thrown out the next.  I quickly discovered that my most effective co-workers all had one trait in common:  They knew exactly who to go to for answers.  To some, it came naturally to build those internal networks, but others struggled with the complexities of navigating a company that size.

When I was first approached with the idea of Mashboard, I immediately thought about those experiences at Bazaarvoice. I had several email accounts, notes in Google Docs and Evernote, files spread around on Dropbox and Google Drive, tons of iMessages, and 3 different calendars.  I flipped through all these different accounts, in different tabs, and ran multiple searches anytime I needed something. If I had been able to aggregate and search all those services in one place then I would have saved so much time. I wondered why no one had built this yet. Turns out, after more than a year of trashed product designs, that it’s really hard to make this work.  Simple, elegant ideas are rarely easy to pull off and there’s a lot that goes on behind the scenes.

I’m excited to put our hard work to the test with the Mashboard beta.  My hope is that it will save everyone time managing data they use in their work and personal life.  After all, knowing where to go for answers isn’t just important in the office.  I can’t wait to hear about all the ways Mashboard can help you. 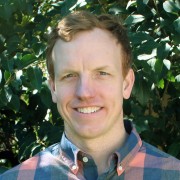 This entry has 0 replies